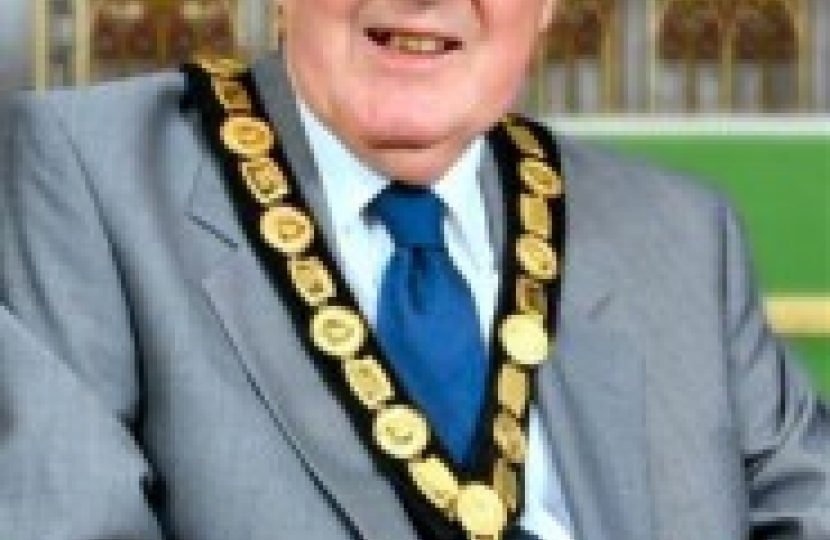 Derrick Stansby, Councillor and Chairman of Rochford District Council, passed away on the morning of Friday 15th April, he was 79 years of age.

His passing was peaceful, having suffered a short illness prior to his death.

He was a friend to all who knew him. a quite man in nature but truly passionate about his politics and his music, jazz especially.

It was through his passion for politics though, that he developed so many friendships. He was a very deep thinking man, and his intellect, coupled with his desire to bring his worldly skills gained over many years, through an extensive career in the private sector, drove him to help those around him and his community at large.

He had decided to make this his last year in active politics, as he felt it was time to pass the baton on to a younger generation. He felt it would be good to get away for a while, possibly Portugal, with Doris by his side, to relax and wind down after an extremely busy last term of office.

As Chairman and first citizen of Rochford District, he considered this final year of service to the community a great honour. It was the ultimate reward given by his fellow members for the hard work he had achieved as a district Councillor over the last 9 years, and recognition of the 12 years spent as a Hawkwell West Parish Councillor. He was a true servant to his community and a great example to others of putting service before self.

He will be sorely missed by his dear wife Doris, his daughter, Jacqueline, his son Michael, and his two grandchildren, Chloe and Alexis.

We at the Rayleigh & Wickford Conservative Association would like to offer our sincere condolences to the family, and offer our friendship, support and help through these sad times for you all.