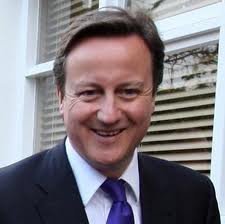 David Cameron said that there was still room for negotiation over pension reforms, but he insisted that unions “need to know that we will be very firm and very resolute in our approach”.
“Of course there’s negotiation over the details and we’ve had very constructive conversations with the unions. No one wants to have a confrontation, no one wants to see strikes, I certainly don’t want to see that happen.
“But the unions and indeed the taxpayers need to know that we will be very firm and very resolute in our approach because we absolutely have to have a long-term pension system that is affordable, that taxpayers can have confidence in.
“I’m convinced we’re doing that, I’m convinced we’re being very fair at the same time. The pension provision for people in the public sector will go on being very good, that’s what Lord Hutton wanted to produce.”
He added: "There's no question of climbing down. What we’ve got here is a report done by Lord Hutton, who was a member of the last Government.
"I think he’s produced a very good report which is not saying let’s do away with or slash or totally change pensions for people who work in the public sector. He’s actually saying let’s find a way of making really good pensions in the public sector pensions affordable in the long term."
The Prime Minister said the UK "should be moving towards retirement being a process rather than a cliff edge", adding: "I think that many people, when they get to retirement, would like to go on doing some work or part-time work."

Mr Cameron admitted that the Lib Dems had put the breaks on immigration policy and welfare reforms.
"I think we’ve all had to make compromises, I mean if I was running a Conservative only Government I think we would be making further steps on things like immigration control or making sure that our welfare reforms were absolutely making sure that if you’re not prepared to work you can’t go on welfare, I think we’d be tougher but we make compromises.
"We make agreements but I think as a Government we are delivering a lot of good things for the country but above all we are doing our duty and our duty is to deal with the debts and deficit and the stuff we inherited so that Britain can have a bright future."
The Prime Minister said he often has conversations on Sunday evenings with Nick Clegg to "scope the issues we need to settle".
"We often have a conversation as we did last night on a Sunday night to scope the issues we need to settle, the problems the Government faces and some of the issues that are under discussion in the following week.
"But we also have very ordered meetings as we did this morning when we went through a number of issues, I think the Coalition works well, we have not had one for 65 years, its very different but the idea of two parties coming together, burying some of their differences and acting in the national interest and in the national good, I think is working."

He expressed his admiration for Tony Blair. "Yes, look I admire people who - first of all doing this job and recognising the huge responsibilities you have and the workload - I admire someone who can do it for as long as he did and I do admire some of the things that he did.
"I think some of the reforms he put in place in terms of foundation hospitals in the NHS or giving schools more independence, the academy school programme, some of those things I’ve continued and I do admire some of the things he did but there are lots I think he got wrong and that was why we needed a change."

The Prime Minister said it was "hugely regrettable" that civilians had been killed in a NATO airstrike.
"What we’re trying to do is too stop the Gaddafi war machine from targeting his own people. We know that every day that’s what he ‘s doing.
"There are snipers in towns shooting innocent Libyans. He is shelling his own people, indiscriminately. Of course where there are civilian casualties caused by Nato that’s hugely regrettable and we work incredibly hard to avoid that. But I still believe what we’re doing... is absolutely the right thing."

He said that the First Buy scheme, unveiled today, would help those who "don't have the bank of Mum and Dad".
"We are basically going to be helping lots of young people get on the housing ladder and get their first flat or house who don’t have the bank of Mum and Dad. You qualify by being a young person who wants to get on the housing ladder and you have to apply to this scheme, first buy direct, it will only be in certain places because it is where the house builders and the government are working together. It’s new build only.
"The deposit is 5% whereas many people are trying to find 25% deposit because some places you can only get a 25% or more mortgage. So 5% deposit, 20% from government and house builder and then you get a 75% mortgage and I think that will help a lot of young people get on to the first flat or house."