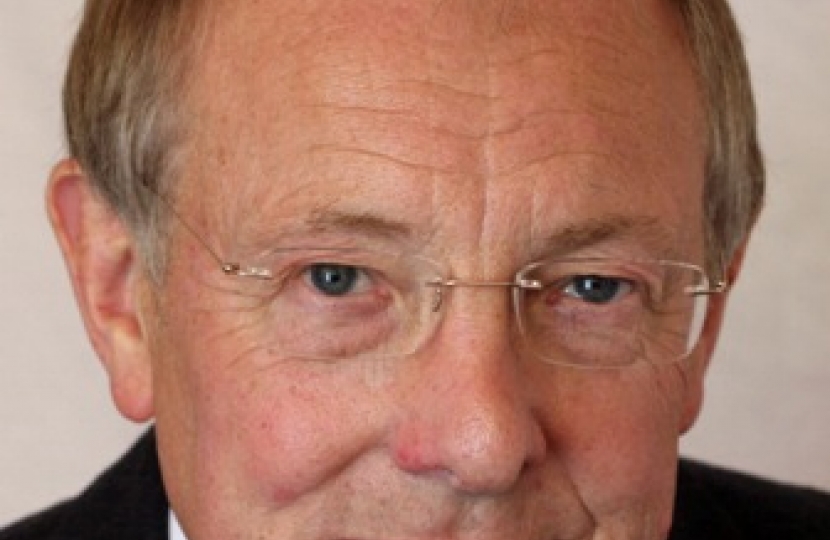 What is the purpose of a District Council, or any Council for that matter?

There are services that the Council are legally required to provide and there are other services that are optional and I think that it may be expedient to step back a little and consider exactly what outcomes our Residents truly want and whether we can find the means to deliver them.

Provide homes and improve the welfare of the poor.
Resolve drainage problems which was the blight of the nation’s health especially in Towns and villages.

Over the years the work of Councils has become more sophisticated with two tier, three tier if you count Parishes, sharing responsibilities and funding. Sharing responsibilities can be a God send, it can also mean that no one takes responsibility, always waiting for the other man to step up to the plate. I am of the opinion that this is what has happened with respect to drainage.

Once upon a time drains and ditches were the responsibility of the land owner (Farmer), if you didn’t create a ditch you didn’t drain your field and your crop yield was poor or your animals were up to their hocks in mud and with poor grazing. Fields were small and there was a plethora of ditches to which the run off from rural towns and villages could be directed, the authorities of the day realised the potential benefits for our settlements and understandably took advantage of this ready made solution.
As farming methods changed fields became bigger and ditches and watercourses were ploughed under, piped or left to fall into disrepair. The Local Authorities realising the potential problems that this may cause with a reversion to poor drainage and the attendant health risks to our communities, took over the maintenance of the main ditches and watercourses. This status quo lasted for years and years until the last Labour government when the responsibility for the maintenance of ditches reverted back to the landowner. However what that particular government did not take into account in a District like ours, is that the landownership and hence the associated ditches had fragmented greatly with many landowners now owning small parts of the same ditch. One small part of a ditch that has not been maintained can be likened to a pipe with a blockage but with potentially more significant outcomes with respect to flooding.

After some years of poor or no maintenance and a significant increase in the instances of property flooding, it has been realised by our present government that this situation cannot be permitted to continue. They passed a bill that I will not go into in any detail here, which in our instance makes Essex County Council the lead Authority with respect to flood risk, assessment and amelioration. The responsibility for maintenance work still lies with the land owner, EA and Anglian Water but ECC is responsible for seeing that that work is done. There is no directive that the Council can give for improvements to the drainage systems.

To simply identify where all the ditches and drains are located, their condition and their ownership is a task and half. To then implement enforcement often resulting in court proceedings will take an inordinate amount of time and cost to ECC; time and money that is not available in appropriate quantities. County has just one officer for the investigation of instances of flooding, no I don’t mean one officer for Rochford, I mean just one officer for the whole of the county. How many instances did Rochford have in this year’s rain events? Dozens and dozens, I wonder if they will ever all be investigated.

So what can we do to reinstate one of the first principals of Local Authority responsibility? Do we really want to anyway?

As stated, ECC is the responsible authority, we could sit back and point the finger of blame; or we could be proactive and help our residents by undertaking ditch and drain clearing to alleviate what has become one of the most pressing, traumatic and publicly aware problems that we are all faced with. It is also recognised that significant improvements are necessary to the systems serving our residential streets, in particular within the dips created to accommodate railway bridges.
We are not a philanthropic entity; it has to be funded somehow. There are several possible sources of funding that come to mind.

Back charge those individuals who have not and will not properly maintain their ditches, drains and water courses. It may well be more cost effective for RDC to undertake the Environment Agency’s duties than for them to do it themselves as well as the myriad small and not so small landowners.
Funding bids to Government via ECC, as the return on cost ratio would likely be more efficient if carried out by a local contractor overseen by our own engineering officer. Keep it small and local and this is one instance where it becomes more cost efficient.
Borrow against the anticipated value of the various properties that we are in the process of disposing of.
Increase our parking fees, and metaphorically ring fence the proceeds, for the perpetual funding of this new service.
A combination of all or some of the above.

I now leave it to you folk to consider the points that I have raised, I have not presented this in any altruistic way, but because I believe it is one of the fundamental duties of councils and it is a duty that has long been ignored. To wait for the appropriate statutory undertakers, landowners and developers to do their duty is a bit like playing the role of King Canute and will have pretty much the same affect. We should step up to the plate where others fail to deliver! Ask those poor souls who had their homes flooded and those of us who spent hours trying to get past flooded roads in order to earn our living!