We are pleased to say Rochford District has a louder voice at Essex County Council after elections on the 4th May 2017. Please read on...

Blue was the colour as your Conservative Team secured all the five County seats in Rochford - successfully taking one away from Ukip and one from the Green Party.

Ukip’s only seat, 'Rayleigh South' was taken from UKIP by June Lumley – and by quite a majority.

The other success at the County Elections was taking the Green’s seat, in 'Rochford West' which was secured by Carole Weston.

In Wickford Tony Ball and Malcolm Buckley, both triumphed and were elected to represent Wickford Crouch ward on Essex Council.

Our MP Mark Francois said: “The candidates worked really hard and it is great to see their work pay off. It shows the people of Essex have confidence in the Conservatives and our policies, We have hard work and will continue to do so.”

We are now out working hard out and about talking to constituents, asking people to continue their support for 'Team Conservative' at the polling stations in June. 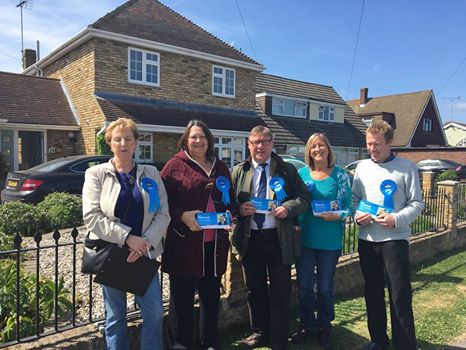