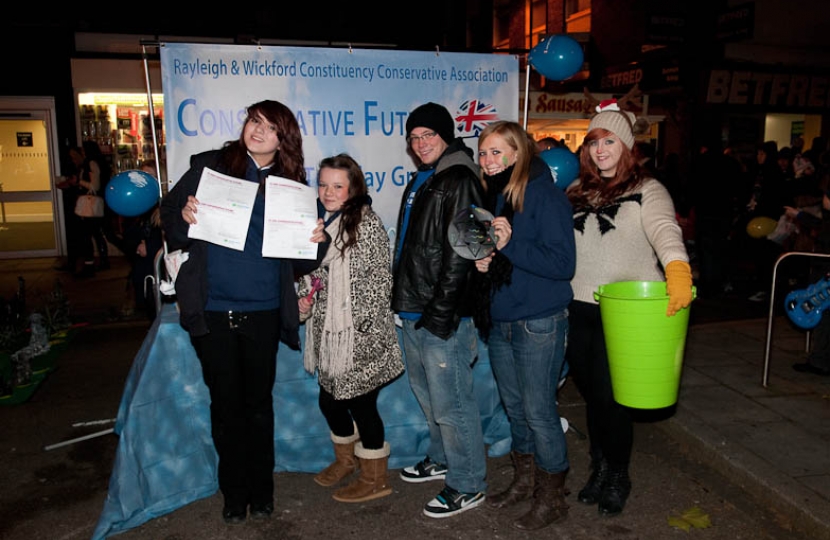 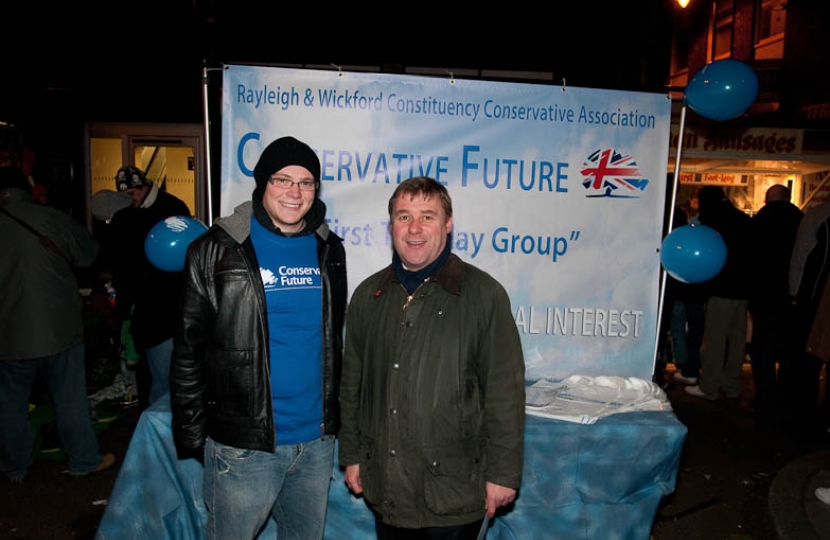 Thank you so much to all who came down to support the First Tuesday Group stall at the incredibly successful Rayleigh Christmas Lights switch on. It was a very successful event and hopefully see the new members of Conservative Futures at our next meet on Tuesday 11th January 2011.

What a fantastic event it was for Rayleigh & Wickford Conservative Futures "First Tuesday Group" event display stand. The Event attracted between 5 to 6000 visitors who were treated to all forms of entertainment over the 3 hours the event lasted

We were able to recruit 9 new members on the night, which was a tremendous effort considering the sub zero temperatures our brave stall minders had to overcome. I would like to give special thanks to Emma Willis and Holly Carter who kindly came over from Billericay to help us out for the early part of the evening.

Cllr Ian Courtney-Gilbert who manned the stall throughout that whole period without a break was thankful for the help and support given. Cllr Jo McPherson helped Ian and I set the stall up ready for the show to start, she was attending with the Essex Youth Council Bus, and her help as well as her recruitment skills were much appreciated.

Mark Francois MP joined us on the stall and was amazed at how well we were doing, "thanks Mark it was great to have you there knowing how busy you are". Thanks must also go the Nicoli Thompson who rushed straight from work to help on the stall and helped with the packing up, thanks Nicoli.